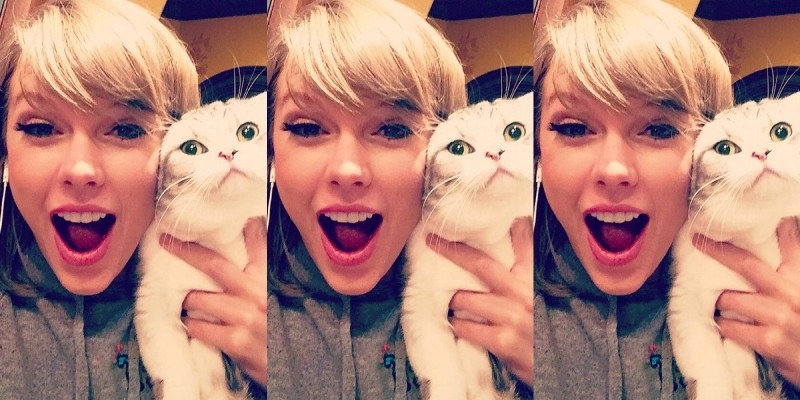 Taylor Swift’s net worth is estimated at US $320 million, according to Forbes. However, it is not just she has a fortune at home. Olivia Benson, her cat, is one of the richest (third) pets in the world. According to a survey by the Market Watch website, the kitten seems to be in third place in the list of the richest pets in the world. Olivia Benson cat net worth is US $97 million.

Taylor’s feline is the luckiest

Olivia appeared alongside her owner in commercials for big brands, such as Coca-Cola, and pocketed a total of US$ 97 million. At the top of the list is the German shepherd Günter IV, who has a fortune of U$ 375 million, much of the money inherited from his father, Günter III, who in turn pocketed the inheritance of his owner. In second place is Grumpy Cat, who owns $99.5 million, the result of media appearances, sponsorships, merchandising and even a movie for the Hallmark Gift and Decorations brand channel.

Anyone with a pet knows that it means the whole world. We would do everything for the pet. Some are luckier compared to others, such as Olivia Benson, Taylor Swift’s feline. The kitten became the third richest animal on the planet. It is because she appeared in commercials such as Diet Coke and tennis brand, generating 97 million dollars. If you put together everything you would inherit from your mother, it would be much more, right?

It does not matter if you are from the cat or dog team. Pet lovers cannot resist pampering this family member, because for many of us, they are more than a pet in the house. In the case of celebrities’ pets, in addition to being the most spoiled, they also have a fortune, which like their owners, enjoy a privileged life and Taylor Swift’s kittens are no exception.

Olivia Benson and Meredith Gray, Swift’s cats, are almost as famous as she is. In addition, they have their own cameo in the video, in which they play the singer’s “daughters.” “The most important thing in my life is cats,” the star recently told ‘Time’ magazine.

Taylor fans know that the singer is a lover of cats over dogs, as she has three – two Scottish folds named Meredith Gray and Olivia Benson, and another named Benjamin Button. Their names are inspired by their favorite movies and television sagas. You will surely find one of the three. Olivia Benson is inspired by the Law & Order series where the actor brings the character to life, and it is worth mentioning that she made a cameo in the Bad Blood video of the famous singer. Yes, check it out.

On the other hand, Meredith Gray is from the famous protagonist of the series Grey’s Anatomy, while Benjamin Button from the movie The Strange Case of Benjamin Button, (starring Brad Pitt). As if that were not enough, kittens are fortunate to travel by private plane, stroll through the most iconic places, use the most exclusive products, and rub shoulders with various celebrities.