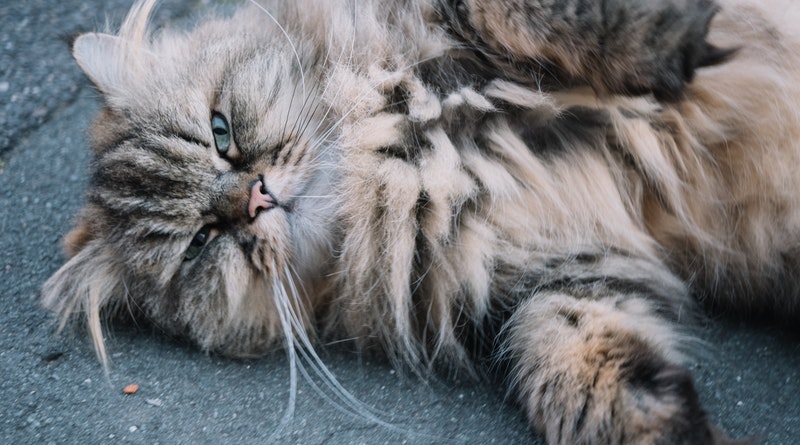 Persian cats – no wonder they are one of the most known breeds throughout the world. However, the range of variations in their colors makes them one of the most influential and acclaimed breeds. They are loved by some of the top celebrities, royalties, and everyone who loves cats. These are one of the most beautiful breeds available and recognized across the world. You can find a black Persian cat that has a unique look and an amazing feel, which brings most people and lovers to it.

You will be easily able to recognize them from a distance. However, do you have proper knowledge about a black Persian cat? If you are still not aware of it and you are willing to include a black Persian cat at home, you definitely need to read the following details.

Every minute detail on the black Persian cat’s origin is not available to date. It is believed that they have originated from what they are being known now, which is Iran. This was previously known as Persia. The black Persian cat that you find in modern days was initially recorded to be found in Europe in the 17th century. They were being landed in Europe with some travelers.

It was reported that the Italian explorers used to smuggle the cats from Persia and brought them to Italy. According to the drawings, the Persian cats that were available back in those days looked a lot different compared to the modern version of a black Persian cat. They were long-haired, but the characteristic of a flat face that is available in today’s Persian cat when not being found back in those days.

Italy is the place from where the black Persian cat started spreading throughout Europe. In 19 century, Breeders started developing this specific black Persian cat in England to acquire the looks. They soon got the demand among the people, and also they are found in many celebrity houses because of their distinctive looks.

How did they gain such immense popularity?

When the Black Persian cat reached Europe, it soon became a popular domesticated cat breed among the noble class. The credit goes to their long and luxurious coats along with their beautiful and distinctive facial structure. Prior to the arrival of long-haired cats from Asia and the Middle East, Europe could primarily find short-haired cats. This is the reason why black Persian cats soon became the superstar for their unique look and their luscious hair.

During the 19th century in England, the Persians started getting more popularity once they started appearing in cat shows. This is when the rage and demand for a black Persian cat were witnessed. This was also the time when Persian cats were first imported to America.

It has been reported that the very first Persian cat that could cross the oceans and reach America was a black Persian cat. Americans started falling in love with this new and amazing breed which was not only known for the coats but also they are quite different from average domesticated cats. This was also when the American breeders started establishing their breeding operations so that they could easily meet the fast-growing demands for this breed.

Bottom line: So now that you have got some knowledge about a black Persian cat, you must be thinking about the black Persian cat price in India. If you’re looking for the best breed at a reasonable price, get in touch with Mummy Cat today.